A fascinating book, brutal, hilarious and ‘completely bonkers.’ It embraces the grotesque and the absurd in a way which is reflective of a sensibility and dark humor particular to post-Soviet nations. 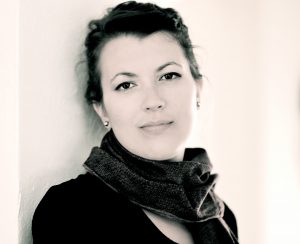 Canadian writer Maria Reva is the winner of the 2022 KOBZAR Book Award for her book Good Citizens Need Not Fear published by Knopf Canada. The announcement was made during a virtual ceremony on April 28, 2022, presented by award sponsor Ukrainian Canadian Foundation of Taras Shevchenko (Shevchenko Foundation).

Good Citizens Need Not Fear is a clever and heartfelt work of fiction that weaves stories from the chaotic years leading up to and immediately following the fall of the Soviet Union. Inspired by her own family’s experiences, Maria explores the real-life circumstances that influenced the character, determination, and perseverance of so many Ukrainians living in Canada today.

A writer of fiction and opera libretti, Maria’s writing has appeared in The Atlantic, McSweeney’s, The Wall Street Journal, Granta, and The Best American Short Stories. She won a National Magazine Award in 2019 and was a finalist for the Writers’ Trust of Canada 2020 Fiction Prize.

The timing and broadcast of the Award ceremony were delayed from the original date due to the devastating war that was unleashed against Ukraine by Russia. In his opening remarks, Shevchenko Foundation President Boris Balan acknowledged the overwhelming support of Ukrainians and friends of Ukraine throughout Canada in response to this brutal attempt to erase the Ukrainian identity. As a result, “the role of the Shevchenko Foundation has also never been more important,” noted Boris Balan, “as we redouble our efforts to ensure that the Ukrainian culture in Canada not only continues to thrive but also serves as a reminder for the world of the strength, passion and creativity of the unique and distinct Ukrainian nation.”

The ceremony, hosted by Emmy award-winning journalist Terry MacLeod from the Winnipeg Art Gallery, celebrated Canadian authors whose works help to paint a picture of a people that proudly continues to shape the Canada we know today.

Genres eligible for the KOBZAR Book Award include literary non-fiction, fiction, poetry, young readers’ literature, play, screenplay, and musical. The monetary prize is split between the winner ($20,000) and the publisher ($5,000).

Shortlisted for the 2022 prize were a graphic novel, Enemy Alien: A True Story of Life Behind Barbed Wire, by Dr. Kassandra Luciuk and illustrated by nicole marie burton, and a book of poetry, Fields of Light and Stone, by Angeline Schellenberg.

The KOBZAR Book Award is at the core of the Foundation’s literary arts program that nurtures young and emerging writers in pursuing their passion and sharing their stories. Participating in this year’s program were young writer Petro Tarasoff and winner of the 2022 Emerging Writers Short Prose Competition Matthew Kruchak. 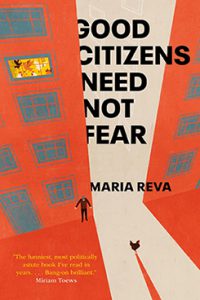 In her acceptance speech, Maria Reva acknowledged the support of the Shevchenko Foundation as she was beginning her writing career. “The Foundation was one of the first organizations to support my writing with a travel grant back in 2012 to conduct research in Ukraine and some of that material made it into my book. This award feels like a homecoming,” said Reva.

The Shevchenko Foundation expresses gratitude to all who played a role in realizing the virtual presentation of the KOBZAR Book Award Ceremony. A special thank you to the sponsors and donors for their patronage of Canadian literature and the countless Ukrainian Canadian stories.